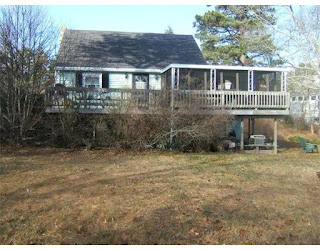 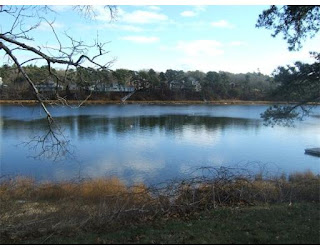 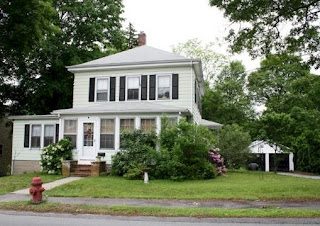 By Alice C. Elwell
ENTERPRISE CORRESPONDENT
Posted Oct 27, 2008 @ 04:00 AM
MIDDLEBORO —
The Plymouth county registrar of deeds says he’s been getting a lot more calls lately from people who want to protect their homes in case of a lawsuit or credit problems.
Last year, well over 1,000 people filed with the Plymouth county under the state’s homestead act, said John R. Buckley, Jr., the Plymouth County registrar of deeds.
Buckley said the homestead is a barrier against creditors forcing people out of their homes.
“We always tell people it’s one part of your estate planning.”
For $35, you can protect up to $500,000 in home equity, which would stave off unsecured creditors. The protection doesn’t extend to taxes, child support, prior judgments or mortgages, but a declaration of estate of homestead could keep the wolf at bay if you’ve overextended yourself on credit cards or fear a lawsuit.
“I did it,” said Jamie C. Stewart, a self-employed accountant who owns her own condominium in Halifax. “For short money, the homestead protects you from a lot of exposure.”
“You protect yourself from unfortunate circumstances if someone sued you,” Stewart said. She filed her own homestead years ago when the filing fee was only $10.
As a self-employed professional, Stewart wanted to protect herself from risk, and now she recommends it to everyone.
“I tell all my clients,” she said.
Pending legislation in the statehouse could give new homeowners an automatic $125,000 in homestead protection, according to William O’Donnell, Norfolk County registrar of deeds. But for now, it’s strictly voluntary.
The issue in filing a homestead is choosing whose name it will be recorded under, as the declaration can only be in one name. So when it comes to situations where there are more than one owner on the deed, Robert R. Pellegrini, Jr., a real estate attorney practicing in Bridgewater, advises his clients to weigh the risks of who is most likely to attract creditor’s attention.
“I use the rule whoever might have more to lose,” a call which he said couples usually can answer right away.
Pellegrini said those more at risk include business owners, someone who travels a great deal, someone with a “wacky sibling,” or a spouse who is significantly older than the other.
A person not listed on the homestead could potentially be attached, but Pellegrini said, “Practically speaking I don’t see that frequently.”
Buckley advises the homestead be filed under the name of the person most likely to be sued.
“The filing protects both parties, but only one name is allowed,” Buckley said. So it doesn’t make much difference who’s name is on the homestead, once a homestead is filed it also protects the spouse and any minor children that live in the home, Buckley said.
“A homestead allows people to continue to live in their homes, despite creditors trying to get access to it, but it doesn’t protect against foreclosure,” Buckley said.
In the case of a death or a divorce, homesteads are grandfathered until the property is sold, but Buckley advises the homeowner to file a new one to be on the safe side.
When it comes to refinancing, Buckley said it’s very complicated. Frequently there is language in a refinancing agreement that eliminates the previous homestead. “Look at the language and make sure it doesn’t take away the homestead right,” Buckley said, because some refinancing can remove the validity of a homestead.
With a homestead in place, Buckley said unsecured creditors can place a lien, but not force the sale of the home. Buckley said a lien expires after seven-years.
Also, if you sell your home, the equity is protected for up to a year until you put it toward a new home.
Mobile homes can also be protected with a homestead, but filing is a bit different. The protections is the same, but a different form is required, usually available at the local town clerk’s office. The homestead is filed with the town clerk, rather than the registry of deeds. In Middleboro Town Clerk Eileen S. Gates said she’s recorded about 300 homesteads on mobile homes, the bulk in Oak Point.
An added bonus for homes owned by couples comes with retirement. Both owners can file a homestead when they reach 65 years of age, and the protection increases to $1 million.

Unfortunately is isn’t over. There are still lots of home owners that will be having an adjustable rate mortgage adjust up. I have spoken to home owners who have been in there homes for years and because of a job loss, or an illness they can no longer afford to pay all of their credit debt, buy gas and food, medicine and pay for the roof over their head. It’s sad to see someone who has lived in their home for 15-20 years now have to pack it up & try to find an affordable place to live. You read it every day in the papers and hear it on the news. Some will say that “they” should have read the fine print, “they” should have realized what they were getting in to, etc., etc. But allot of these home owners were never told the truth about the adjustment on their rate. Some were told one thing and then as they are sitting at the closing table with all their belongings in the moving truck, the mortgage papers they are signing have a totally different term for them than what was originally given. They feel like I will lose my deposit, I have no place to sleep, etc., etc., if I don’t sign these papers. I am not saying that some of these home owners didn’t know what the future held for them with the payment adjustments, I am just saying that I am sure no one went out of their way to stress what the terms would be in a year, 2 or 3 from today. And with everything else that has been going on with the gas, food and heating going up by the second, I don’t think any of us were prepared for this either! I just hope anyone who is in a situation that they are finding is getting to be too much, that they start making phone calls to the bank, to the credit card companies and to the other professional that might be able to help them figure out a way to reduce some of the monthly payments or to help them find a new place to live and get out from under the situation now rather than later. We should all be trying to live a happy, healthy life.